The Minister of Agriculture, Land Reform and Rural Development, Ms.Thoko Didiza, MP wish to announce the reduction of the size of the disease management area affected by foot-and-mouth diseases in KwaZulu-Natal. This decision follows the conclusion of the second round of serological surveillance. It was established that the disease, within the DMA, is still confined to two clusters of diptanks in Mtubatuba and Nongoma. This shows that the restriction on the movement of animals out of, within, through and into the DMA was sufficient to prevent the disease from spreading.

Since the disease did not spread within or out of the DMA, the size of the KZN DMA can now be decreased. This will release areas that remained free of the disease from movement restrictions, while still maintaining restrictions on those areas where the disease is still present. The Minister declared in Gazette No 45109 of 7th September 2021 the new KZN DMA, which includes the following areas: 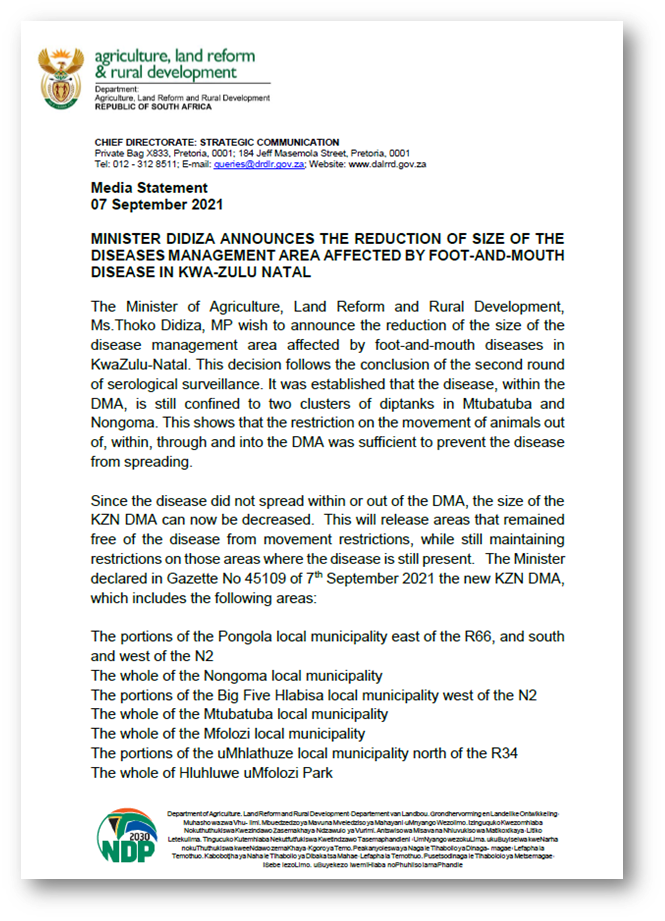